We are a fully licensed Austrian guide service and mountaineering school and every expedition, trip or training is led by at least one IFMGA or AMGA certified lead guide in order to ensure the highest possible safety and quality. 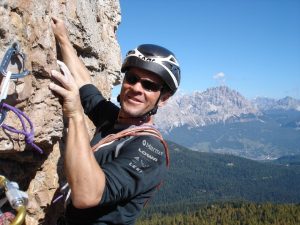 The certified mountain- and skiing guide leads worldwide expeditions since 1993. Luis grew up in Füssen close to the Bavarian Alps and already as a kid spent all his time in the mountains. After his studies in sport science he worked 10 years as a travel organizer and was responsible for expeditions and trekking tours before exchanging the office chair for ropes completly. 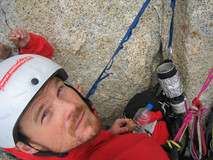 Since Markus was 14 years old, he is a very motivated, enthusiastic mountaineer. From growing up in Carinthia, he went out into the world to explore mountains like Cerro Torre (Patagonia), Eiger Nordwand and the Grand Jorasses Nordwand. It doesn’t matter if it’s Rockclimbing, Iceclimbing or Mountainclimbing, we can always rely on Markus and really appreciate to have him in our team.

Uli is our expert for south america. Until today he summited Aconcagua not less then 57 times and did the ascents on four different routes! But he does not stop here! Uli did all of the Seven Summits, some of them more than one time. He has been working as a mountain guide for 27 years and is a trainer of the National School of Mountain Guides in Mendoza, Argentina for more then 20 years now. 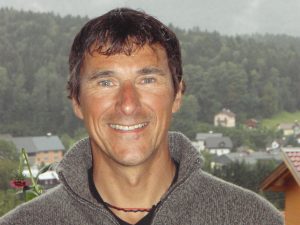 Herbert was born in 1967 and lives in the Salzkammergut region of Austria. For more than 18 years he has been travelling the world with guests as a certified mountain and ski guide. This includes 11 expeditions to 8,000 m high mountains and a multitude of other expeditions and trekking tours in the Himalayas and the Karakorum. Herbert guided all 7 Summits with guests.  He also works as a canyoning guide and court surveyor for climbing and avalanche accidents. 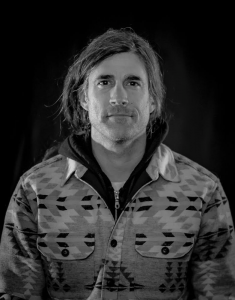 Dave Watson is a father of 3 residing in the Columbia River Gorge.  He is a professional ski patroller with 20 years of experience and currently an ambassador for the National Ski Patrol and Subaru.  A mountain guide with 2 summits of Mt Everest, Dave has also skied down K2 from over 27,000 feet.  As owner of MountainSavvy Avalanche School, pro member of the American Avalanche Association, AIARE certified instructor with a Pro 2 certification, he prefers to be where the slopes are steep and the snow is deep. 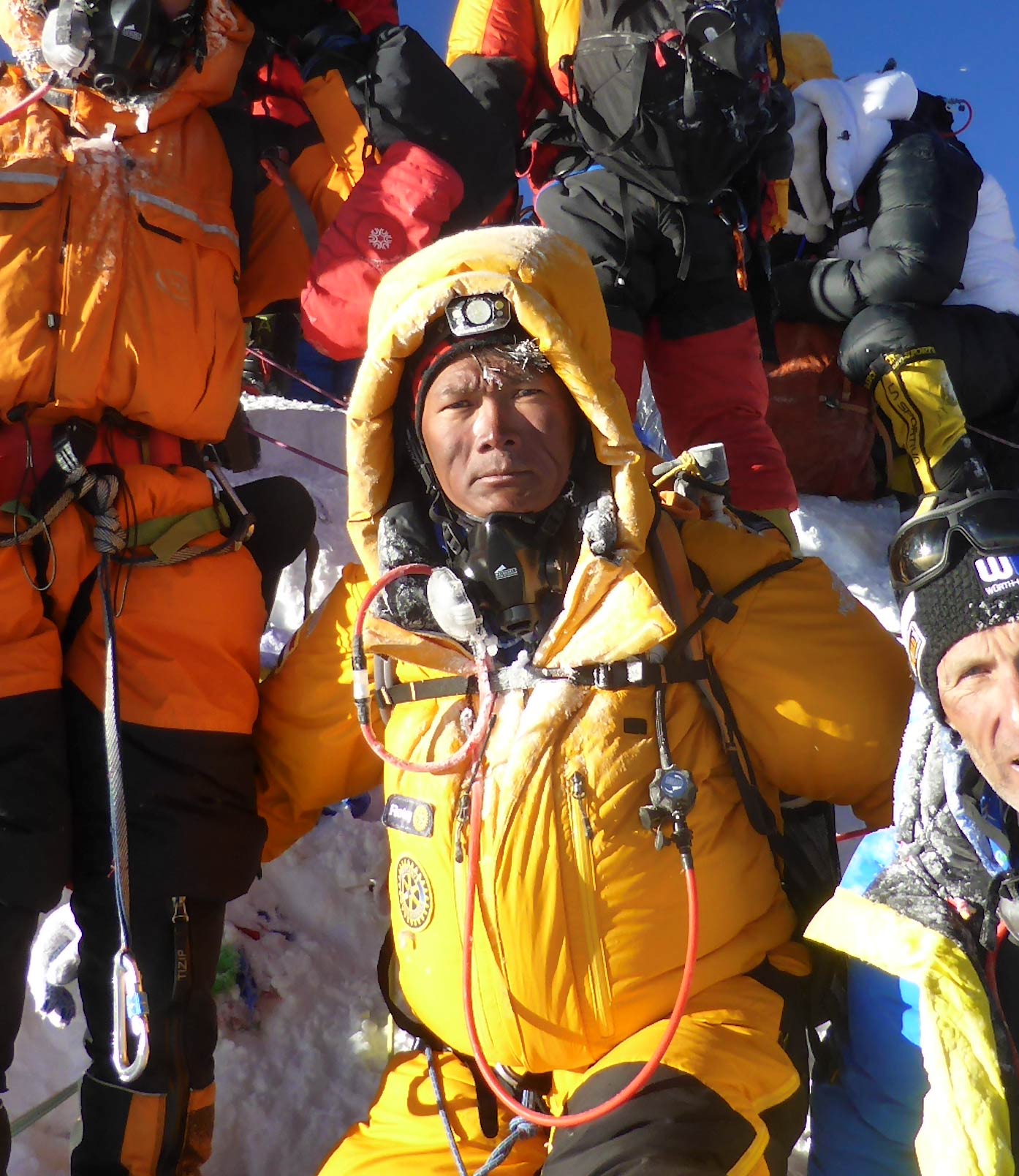 Mingma Sherpa, who comes from the Makalu region, seems to be tireless. He is our Lead Sherpa and has already contucted many of our expeditions with his sherpas. Not only does he lead our sherpas successfully to the summit, but he also has always energy left for the expedition participants to support them.

An excerpt from his impressive repertoire:

Rupert is a certified mountain and skiing guide and has been leading expeditions around the Alps and the highest mountains in the world for years. His expeditions include the following 8000s: 3x Everest, K2, Broad Peak, Dhaulagiri, Cho Oyu und Shisha Pangma, which are all higher than 8000m. Whether climbing tours, guiding high altitude tours or challenging expeditions, he feels comfortable in every terrain. 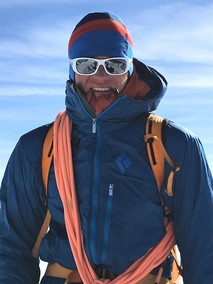 Since being a child Christoph has always been out in the neighboring mountains. At the age of 22 he already finished his professional training to be an IFMGA mountain guide. A big success at this young age, which reveals the huge commitment, skills and experience that he brings into his job. Whether he is climbing, mountaineering, ice climbing or freeriding – as long as Christoph is in the mountains he feels at home and enjoys giving this same feeling to all his team members. Dhaulagiri VII is one of the mountains he summited with us in 2018. 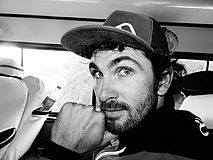 Already in his early childhood Roland started to develop a big love for mountaineering and climbing in his home mountains, the Austrian “Karwendel” mountain range. Then, a few years ago, he finally decided to take the chance and turned his passion into his profession, when he started to work fulltime as a mountain guide. Now he is lucky enough to climb mountains all over the world. 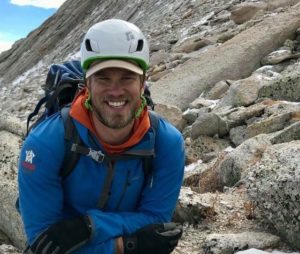 Matthew grew up in the United States cutting his teeth on Mt. Rainier and the North Cascades of Washington State. He received a bachelors degree in sports medicine and then went into professional guiding, a career which has lead him to travel all over the world including successful expeditions to Denali and Aconcagua. When Matthew is not guiding in the mountains, he’s a professional ski patroller at Mammoth Mountain in California. 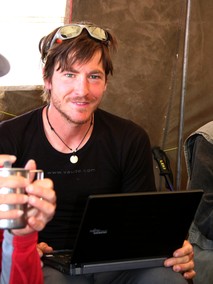 Being a mountain guide is his passion and in his opinion, being able to spend that much time in the outdoors and mountains is a huge privilege. Therefore, he intentionally exchanged his secure job as an engineer for a life full of sports. Together with his guests he’s always looking for a perfect and exciting experience outside. 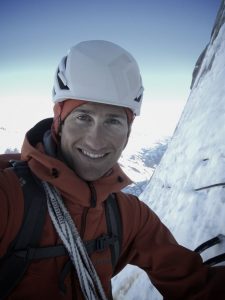 Certified mountain and skiing guide for 15 years. Also certified ski instructor and trainer for the austrian mountain guides. Very diversified guide who will accompany you during difficult climbing routes as well as easy hikes. Daniel enjoys spending time outdoors with clients and to tackle challenging situations with them. He is also a passionate paragliding pilot and guide for hike & fly tours through the alps. Lots of first ascents in rock and ice, Eiger Northface climbing 8b+/c and solo climbing 8a.

Copyright 2023 Furtenbach Adventures. All Rights Reserved.
Cookie-Einstellungen
We use cookies to improve your user experience, to measure the usage of our website and to measure the success of our marketing campaigns. You can accept or deny the usage of cookies by clicking on the corresponding button.
Manage options Manage services Manage vendors Read more about these purposes
Edit settings
{title} {title} {title}